Sleepless in the Steve 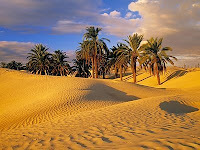 For reasons unknown to me I only logged about 2 hours of real sleep last night.  I wasn't up all night studying or writing.  I didn't swill massive amounts of coffee before bed.  But I find myself in an interesting haze of “definitelynotasleepandnotreallyawake” this afternoon.  Our morning session had plenty of conversation and content to keep me awake.  I even managed to have a moment of panic as I discovered one more thing that I've always thought of as “Vineyard” that I realize I have not had a specific conversation about with my leadership team in Raleigh.

The discussion this morning started with the Desert Fathers.  If you've never read anything from them or about them I’ll just say that there is some remarkable treasure that comes from this period and this tradition.  I will also say that some of these DFs appear to have been as looney as the guy who argues all day with his own reflection.  (Or the woman who used to show up at conferences in Summerside wearing a wedding dress and army boots who always had a “word” and a “prophetic dance” ready to share.)

Connecting the treasure we found in the Desert Fathers and the conversation that followed about Augustine was some time well spent on sets.

My head feels like it belongs in the fuzzy set right now but I've been a centred set kind of guy for a very long time.

I want my life to be measured by my relationship to the centre  not some prescribed boundaries that define me in or out but can do nothing to reveal my true face.  I want to measure where I am in the community of Christ by how I am moving in cooperation or resistance to his gravity, not by whether I voted for the “right” candidate or use the “right” Bible or agree with someone else’s “right” interpretation of that Bible.  I get that rules and hard boundaries are easier; it frees me from relationship and the responsibility to be my brother’s keeper.  I get that messy lives are part of living in a centred set but I can’t think of a bigger mess of lives than the 12 disciples of Christ or the early church.

I would rather define my faith in Christ by stopping and helping the “wrong” kind of person than getting to the church service or Bible study on time.  I would rather hang out with the “wrong” kind of people who need some salt rather than organize a capital campaign to build a bigger bushel under which we can hide the light.  I want to be known for what I'm building more than what I'm tearing down, what I'm for rather than what I'm against, who I love rather than who I won’t love.  And I think if God’s grace allows me to do that, I will find myself moving closer to the Centre I long to see.

So, bound, centred or fuzzy for you?  And nap or stay awake - what do you think?
Posted by BrianM at 9:30 AM