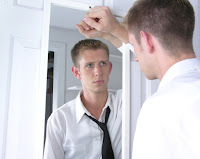 Churchill once described the actions of Russia as “…a riddle, wrapped in a mystery, inside an enigma…”  This morning we spent a chunk of our morning with Bernard of Clairvaux and if I was asked to sum him up, I’d borrow Churchill’s words.  If Bernard was on Facebook his relationship status would permanently be set to “it’s complicated”.  Having started with history I came to the reading of Bernard’s own words with scepticism and aversion.  What good can come from a man who promoted the second crusade?  What sort of twisted thoughts will we read from a man who prepped the knights templar and advanced the “just war” theology of Augustine to new levels?

And it turns out that Bernard of Clairvaux was as complicated as any other human being that’s lived.  I suspect in a world of white hats and black hats that those of us who perceive ourselves in with the white hats are always wearing black in someone else’s version.  I'm equally suspicious that those I think are committed to wearing their black hat have been the Lone Ranger for someone, somewhen, somewhere.  Bernard was no stained glass saint.  And with every brilliant word he wrote, insight he shared and analogy he drew, for me his biggest lesson is that each of us has the capacity to stumble on Monday, kick the dog on Tuesday and still offer a reflection on beauty on Friday that makes grown men weep for love of God.

“We are transformed when we become like him.  God forbid that a man should presume to be conformed to the glory of his majesty rather than the modesty of his will.”

“God is sought not on foot but by desire.  And the happy discovery of what is desired does not end desire but extends it.”

“The cause of loving God is God himself.  The way to love him is without measure.”

“Those who do not share the troubles of others but, on the contrary, spurn those who weep or mock those who are happy, and do not feel in themselves the feelings of others because they are not moved by their emotions, how can they find the truth in their neighbors?”

Perhaps you've never launched a Crusade but you opened up a can of something on your children this morning and this afternoon you question your salvation.  Maybe you sang love songs to Jesus on Sunday but spoke a harsh word to your spouse on Monday and now you wonder if you've ever really loved Jesus.  It could be that you've been a light to many friends who were trying to find their way and yet after last night you can only think of yourself as a fraud and nothing you've ever said or done counts.  Come and meet Bernard of Clairvaux, come and meet David the broken King of Israel, sit down with Peter and listen to the rooster crow, come gaze into your reflection in the pool of Siloam and accept that the face you see is still a reflection of the glory of God and this is “…a riddle, wrapped in a mystery, inside an enigma…”.